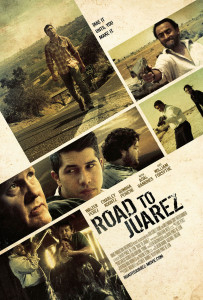 Road To Juarez / Jacob discovers his dad is sick. Doug visit an old girlfriend Yadria in Mexico and discover the location of his daughter Blanca. Boys get robbed. Gancho & Aline are cops the case.

An American ex-con with Mexican underworld ties ensnares a pair of young misfits into a dangerous heist in Mexico. Inspired by true events.