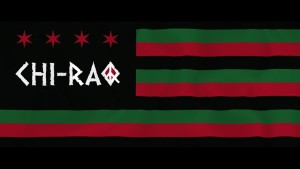 Chi-Raq is a modern day adaptation of the ancient Greek play “Lysistrata” by Aristophanes. After the murder of a child by a stray bullet, a group of women led by Lysistrata organize against the on-going violence in Chicago’s Southside creating a movement that challenges the nature of race, sex and violence in America and around the world.

Amazon Studios and Roadside Attractions (via IMDb) have debuted the first trailer for Spike Lee’s latest political satire Chi-Raq, which they will release in theaters December 4, 2015. Check out the timely and hilarious Chi-Raq trailer below, along with the poster in the gallery!

Contra el Mar / Against the Sea