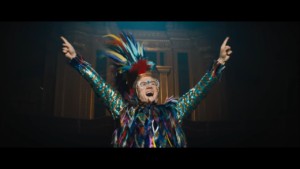 The only way to tell his story is to live his fantasy.