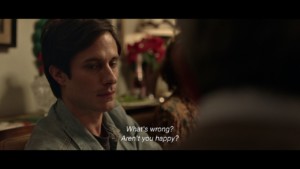 Set in 1985, Alonso Ruizpalacios’ follow-up to Güeros stars Gael García Bernal as part of a group of criminals who break into the National Museum of Anthropology in Mexico City to extract 140 pre-Hispanic pieces from their showcases. While based on the real life heist that shocked the art world back in the 80s, Ruizpalacios has made it clear he’s taken some artistic license, going beyond mere changing the names of those involved to evoke something closer to what Terence Malick achieved with Badlands in terms of a film that’s both real and fictional at the same time.